Summary of the exhibition 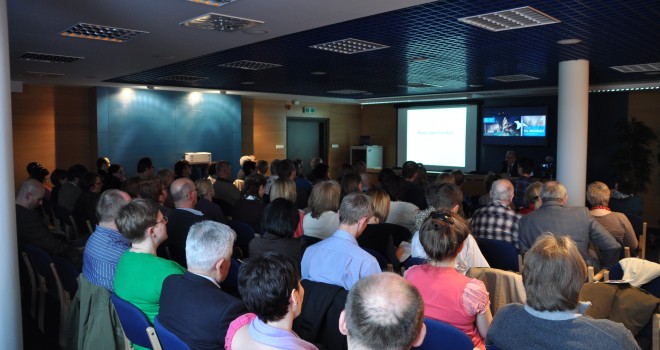 A lecture by professor Ewa Wipszycka on the Battle of Salamis was the final event of the cycle of six meetings entitled „To Board! – OKM”. Beside the above mentioned lecture it included the following presentations:

The lectures accompanied the exhibition „To Board!” presented between 28 November 2012 and 29 September 2013 at the main seat of the Museum in Ołowianka Granaries. Our guests were able to see original artefacts from the collections of the Polish Maritime Museum in Gdańsk (cannon barrels, cannon balls, anchors from the wreck of the Swedish man-of-war Solen), National Museum in Kraków, Polish Army Museum in Warsaw, the Malbork Castle Museum and Land Army Museum in Bydgoszcz (examples of bladed weapons, pole weapons, hurling weapons, firearms, as well as breastplates and morions). The main attraction of the exhibition – beside animations of sea battles (Salamis, Vistula Lagoon, Oliwa) – was a reconstruction of a fragment of the midship of a man-of-war from 17th century complete with an interactive stand (virtual sea battle). The exhibition was also accompanied by an educational programme of museum lessons: „Galley Convicts, Pirates and Gunners”, „Warriors of Far Seas”, „King Xerxes and His Warriors”, „Galions” and „Sea Soldiers”. The offer for visitors with special needs was also available. Beside tours of the exhibition in the sign language there were also models of consecutive phases of battles and descriptions of objects in the Braille alphabet for the benefit of visually impaired visitors. Additional attraction was open days of the exhibition with participation of Garnison Danzig and “knights” from Gdańska Rota Mieszczańska. The programme included combat reenactments, trading prisoners, as well as drill display and a presentation of ancient weapons. Thanks to excellent cooperation with the Polish Coast Guard we were able to show a film presenting everyday service of its officers.

We would like to inform that a fragment of the exhibition, namely the reconstruction of a fragment of the midship of a man-of-war from the 17th century will be included in our permanent exhibition (Granaries at Ołowianka) devoted to the Battle of Oliwa. We invite You to visit the Polish Maritime Museum in Gdańsk.